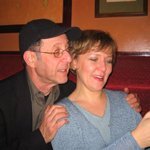 Heather performs worldwide as a soloist with many of the world’s leading Ensembles, ranging from Pierre Boulez and the Chicago Symphony in Tokyo through to Steve Reich and Musicians at the Lincoln Centre, New York.
With Synergy Vocals, Heather regularly appears with London Sinfonietta, Ensemble Modern, Ictus and the Rosas dance company along with most major Symphony Orchestras including Boston, Chicago, the Royal Philharmonic and BBC. 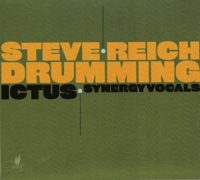 When Heather recorded Steve Reich’s Drumming with Micaela Haslam and Ictus in 2003, Gramophone magazine described it as a “Superb new release…this performance is quite the equal of, and possibly more colourful than, Reich’s second version, on Nonesuch, and clearly outstrips the original, less trim DG version”

Heather has been a soloist in more than thirty performances of Berio’s Sinfonia, most notably with the London Philharmonic Orchestra, Chicago Symphony (as part of Pierre Boulez’ 70th birthday celebrations in the USA and later in Tokyo) and the Concertgebau Orchestra in Amsterdam with Berio himself conducting. In June 1998 she took part in a Dutch television multimedia documentary about Sinfonia which was nominated for a Grammy.  In 2010 Synergy Vocals performed Sinfonia in a live internet broadcast from the Concertgebouw and in 2011 started with a broadcast with the Stockholm Philharmonic. 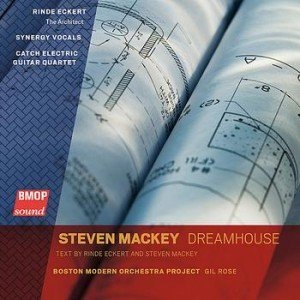 In 2003 she appeared with the Nederlands Radio Orchestra in a live broadcast of a world première of Dreamhouse, specially written for her by the American composer Steve Mackey. Synergy Vocals went on to perform and record Dreamhouse with the Boston Modern Orchestra Project and the CD was released in August 2010 to great acclaim. It has been nominated for four Grammy Awards including Best Classical Album and Best Orchestral Performance.

With the London Sinfonietta, she was a soloist in Cyprus as part of their celebrations for becoming a member state of the EU.

In summer 2004, Heather featured as a soloist at both the Berio and Birtwistle celebration weeks at the South Bank Centre in London with London Sinfonietta, Synergy Vocals, London Voices and the BBCSO.

2005 included the European première of Steve Reich’s new composition “You Are (Variations)” in Germany along with Tehillim and the UK premiere at the Barbican Centre with Synergy Vocals/Ensemble Modern. In November she went to Buenos Aires as a soloist with Diego Masson in Berio’s Laborintus. Another highlight was a BBC Radio 3 broadcast of Stockhausen’s Stimmung with Sing Circle from the top of the ‘Gherkin’ building, which was the opening concert of the City of London Festival.

This photograph taken as the sun set is by Amit Lennon for The Independent. The Evening Standard wrote:

“Stimmung is a tour de force for the vocal ensemble requiring acute concentration flawless pitching and a sense of humour. Gregory Rose’s Sing Circle more than rose to the challenge……surreal magical and unforgettable” 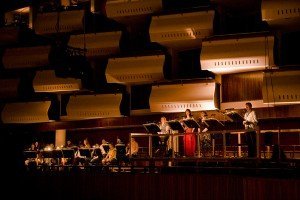 Nono’s Prometeo at the RFH

She was a soloist in en epic production of Nono’s Prometeo at the Royal Festival Hall with the orchestra and choir spread all around the building. The Concert Hall closed for a week in order to create the amazing sonic soundscape.

Heather is very proud to have enjoyed a fifteen year working partnership with the American Composer Steve Reich. They met during a concert of Tehillim with the LSO in his 60th birthday year.
A highlight of 2003 was a performance of Reich’s Tehillim as part of the inaugural week of the Zankel Hall in the Carnegie Hall, New York. 2006 was very busy with concerts all over the World celebrating his 70th Birthday. Heather noteably appeared again at Carnegie Hall with ‘Steve Reich & Musicians’ and sang five of his pieces in a special weekend at the Barbican Centre in a retrospective of Steve’s work.

2011 is Steve’s 75th Birthday year and Heather will take part in concerts around the world to celebrate his music once again.