I’m still trying to find out how to license music for a CD and thought I’d update you on what I’ve discovered further.

You might remember in my first article on this subject that it was very unclear which order you had to do things. Manufacture or Licence.

MCPS clearly stated on their website: If you’re not a record company you need to apply for an MP2 License and the process is as follows:

When I tried to do this I was stopped at the first hurdle by questions on the form that I just couldn’t answer.

When I got home from tour, I telephoned a manufacturing company. I explained that I was trying to find out the best way to do things correctly and could they advise me? I told them that my understanding was that I would have to purchase the MCPS/PRS licence before a company would manufacture the CDs but I was finding it hard to fill in the MP2 form. The man was very helpful and told me that because of that very situation, they could manufacture CDs without all the licences in place but I would have to sign an IPR form.

IPR stands for Intellectual Property Rights and would basically mean that I would sign a form stating that I owned the recording and had obtained the necessary licences. A bit like an accountant making you sign a disclaimer, saying that although they had prepared the accounts, you were wholly responsible for the information and figures provided.

I found an IPR form online.

This form states “Licenced content requires proof of licencing for replication”. So, even if the form was signed in order to shift any licensing  misdemeanours to the customer, if the customer didn’t have the rights to make the CD, including having paid for the PRS/MCPS licence to be granted, then it all seemed a bit dubious.

I called the MCPS Licensing department to get further advice. I told them I was trying to fill in the MP2 form but didn’t have some of the information required. Was it possible to leave those bits blank, as long as I knew the manufacturer details – They told me that yes, it was possible.

So I went to the form and tried to leave the barcode box blank and it DID let you go to the next page.

By the way: to get to the actual form you need to follow these steps:

Click on the drop down menu in the We’re Here For Music Users section and select physical product.

Click Apply Now on the AP2 Licence and accept the terms and conditions…..you’re into the actual form – remember to save as you go along because if you are inactive for 40 minutes (zzzzzzzzz) it loses the information you’ve entered.

You can read the guidance notes for completing the form (which are nice and clear – well done MCPS!)

Ok – so I’m in the form and I immediately notice a column for ISRC numbers – what the hell are those? I looked back at my emails and remembered that Andy had suggested that, as I was a PPLUK member, I could set myself up a record company on my member profile. Once I had that information then the manufacturers could generate a catalogue number for the CD and I can put that on the MCPS/PRS form.

I had done just that and realised that I already had the genesis of the ISRC number. I just didn’t know how to get the damn things for each track…..did they have to be different or was there one code for the whole album?

I called PPLUK and the always helpful staff came to my rescue. They explained that I needed a number for each individual track.

Hallelujah! – So I can now finally fill in the MCPS form – oh no – wait…. 40 minutes has elapsed while I’ve been researching all this and my form has re-set itself 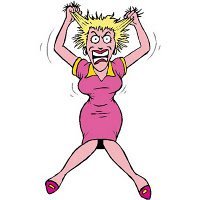 Unfortunately there seems no way to save your form and then come back to where you got to in the process. (Not so well done PRS!)

When making an album, I needed to find out how to license the music for the CD from …