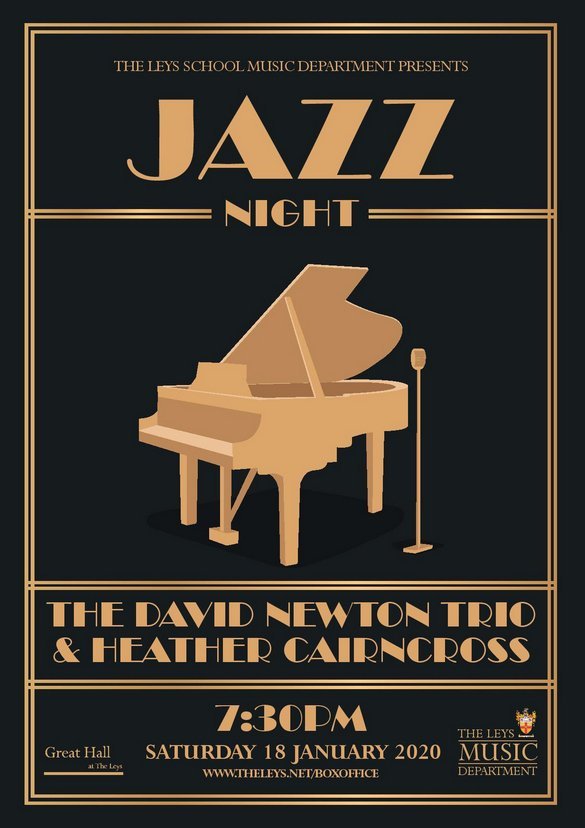 Jazz Night at The Great Hall, The Leys School, Cambridge

Coincidentally falling on my Birthday, come and celebrate with us in Cambridge with David Newton – 16 times and current winner of the Best Pianist award at the British Jazz Awards, Chris Hill on Bass and Sebastiaan de Krom on Drums. Here are their unbelieveable credits!

David Newton began his musical career in theatre before switching to jazz piano and after making his first recording with Martin Taylor and Buddy De Franco, was persuaded to move to London by his old Leeds College room-mate, Alan Barnes. Thanks to an award winning album with Scottish singer Carol Kidd, Newton gained a reputation as an accompanist for singers and as a direct result, has developed his insight and affinity with the Great American Songbook working with Marion Montgomery, Tina May, Annie Ross, Claire Martin and of course Stacey Kent.
He was reunited with playwright Alan Aykbourn, having been involved with eight world premiers in Scarborough and London back in the early eighties, and was asked to write the music for two new productions, ‘Sugar Daddies’ and ‘Drowning on Dry Land’.
Newton has fifteen albums in his name and collaborated on over eighty with other artists. He was made a fellow of The City of Leeds College of Music in 2003 and has won the British Jazz Awards fifteen times.

Chris is one of the most in-demand bass players in the UK. He has played for major pop artists including Damon Albarn and Katie Melua. In the jazz world, he has appeared with the Mingus Big Band, Joe Stilgoe, Martin Taylor, Gilad Atzmon, Stacey Kent, Dylan Howe and has toured with Jamie Cullum. He is currently a member of the John Turville Trio.

Sebastiaan graduated cum laude with a dual degree from Berklee College of Music and went on to study a Masters degree at New England Conservatory. In 1995 he won the prestigious Buddy Rich Award and from 1997 to 1999 was the drummer for the renowned Thelonious Monk Institute Jazz Performance programme. Sebastiaan has performed with artists such as Herbie Hancock and John Scofield, and played regular sessions for Jamie Cullum from 2001 to 2008. Dave O’Higgins’ tenor and soprano sax sounds are highly personal and recognisable, with a clear sense of melodic development and adventure. A popular performer with the public, with an excellent sense of pacing and presentation, he has a wide palette from Charlie Parker, Dexter Gordon, John Coltrane, Joe Henderson through to Stanley Turrentine and Michael Brecker. He has relentlessly pursued artistic and sonic exploration, and enjoys the learning process which is a constant advancing flow. The Dave O’Higgins Quartet has been together for 5 years now with Sebastiaan de Krom (drums), Geoff Gascoyne (bass) and Graham Harvey (piano) – a band that is unashamed to swing and draw on blues and functional harmonies and the great tome of jazz vocabulary, eschewing fads and fusions. Chris Hill is one of the most in-demand bass players in the UK. He has played for major pop artists including Damon Albarn and Katie Melua. In the jazz world, he has appeared with the Mingus Big Band, Joe Stilgoe, Martin Taylor, Gilad Atzmon, Stacey Kent, Dylan Howe and has toured with Jamie Cullum. 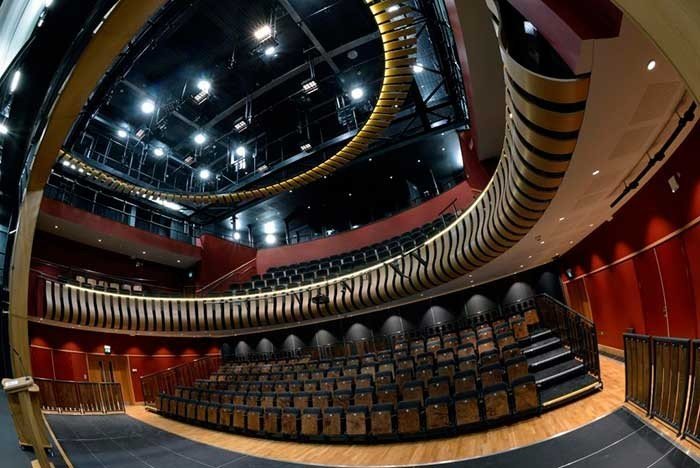