Susan Boyle And Dreaming The Dream Of Being Discovered 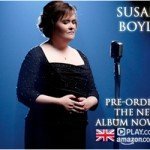 On Tuesday I received a text booking me for a session for Susan Boyle‘s new CD which set me thinking about the very modern fable of dreaming of being discovered.

Along with many people I watched Susan Boyle’s Audition on Britain’s Got Talent. (Yes, the guilty secret is out – I LOVE the audition stages but usually lose interest by the live shows)…..the funny, frumpy, Scottish lady stomped onto the stage and told the eyebrow-raising, cynical panel that she wanted to be like  – who’d have guessed it? – Elaine Paige. She confounded their expectations and then, despite not winning the final, went on to be a worldwide phenomena. She epitomised all those ordinary, slightly eccentric people (hey I can identify with that) who just get by in this world, living their life but secretly harbouring a dream that one day they will get their big break.

The whole show is based upon that dream and it amazes me that people with absolutely NO talent put themselves through the ordeal and humiliation of that audition, truly believing that they are actually good. We see it again and again in shows like the X Factor, Britain’s got Talent. The really, really bad and sometimes the quite good (with a heart-rending sob story) get weeded out by some 23 year old research assistant. They then go on to be presented in a format that makes us think that everybody who applies gets to perform before the panel.

A friend of mine actually auditioned for the X Factor. She is an early thirties mum of two who has a great voice, immense experience as a professional singer and is very pretty in that way that, if a stylist got their hands on her, she would be stunning. Perfect, you’d think, but she turned up with the other 200 people who had been allocated her 10am audition time slot and, after a three hour wait, sang “Hopelessly Devoted” to this young girl, who leaned forward and uttered the immortal words “Sally – it’s a no from us.” Now Sally, (not her real name) has a  lovely natural voice – she’s been a soloist for many of the well known Baroque Choirs on the world concert circuit but also is great at crossing over to popular music – she’d done shows in the West End, so she really IS GOOD……but she was rejected at the outset. Maybe if she’d taken one of her children in with her pretending to be ill than she’s have had more luck – who can say?

That’s the answer though, when you watch the final and think ‘are these REALLY the best singers that Britain has to offer?” No – but they’re certainly the funniest, worst, most tear-inducing or just plain marketable that the researchers could find.

The public actually now believes that all it takes is getting your chance to be discovered – if the raw talent is there then then all you need is the Simon Cowell marketing machine behind you and the skies the limit. For those of my colleagues who have worked for years, studying and slogging away to get better at our craft, it does seem a somewhat naive and rather annoying assumption.Â Susan herself has been singing in local concerts and clubs for years, so she’s not unused to getting up in front of an audience….believe me, sometimes those smaller venues can be very nerve-racking……especially if you know some of the members of the audience!

When I got the text, I did a bit of Googling to see what Susan Boyle was up to now and found her official website. I clicked on the link and discovered a brilliant publicity stunt to promote her new CD. They had launched a competition called “Susan’s Search” where her adoring fans could video themselves and submit the video to youtube and perhaps ‘be discovered’ – just like her! The prize was a chance to record a duet of Silent Night with Susan herself! The video of Susan launching the search had received 172,558 views when I watched it this afternoon.

As somebody who’s been working as a singer for twenty two years now, I suppose in the back of our minds we all harbour a hope that somebody, someday is going to happen upon us doing what we do and pluck us out of obscurity. Having enjoyed a modicum of success in certain fields, I’m not exactly working in obscurity but I am nonetheless, usually working for a group or working for somebody with a certain ‘name’. There is also the curse of the self employed musician that we’re only as ‘good as our last performance’ and one wrong word uttered and the people in charge have a very long list of young hopefuls to replace us with.

With these thoughts in mind, I set off to Abbey Road Studios hoping to catch a glimpse of the elusive Susan Boyle, although knowing that, like so many of these sessions, it would probably only be the fixer, the other singers, the producers and the long suffering studio engineers that I would get to see………and the lovely ladies in Abbey Road Canteen, of course!

I was recently booked to record a guide-track for the new Spielberg film of Michael Morpurgo’s Warhorse. His …

Read More
← PREVIOUS POST
Singing on Susan Boyle's new Christmas album and why doesn't practice make perfect?
NEXT POST →
Jo Hisaishi at Abbey Road | Back in the studio with the choir for Tolga Kashif's Genesis Suite

on Susan Boyle And Dreaming The Dream Of Being Discovered.