We’re on the last leg of my travelling tale but the snow returns to thwart my singing travels once more.

I left you in a Dutch hotel, as I happily turned over and went back to sleep. I was woken by a text telling me the rehearsal with the conductor was cancelled, as our two tenors were stuck in Heathrow Airport because of freezing fog. 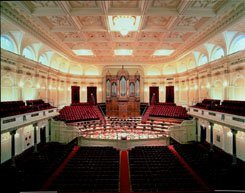 I had safely completed the next leg of my journey through the snowy British winter. Happily, I was due to stay in Amsterdam for a few days as we prepared for two performances of Berio Sinfonia with the Concertgebouworkest in their historic hall. I have been lucky enough to perform there a few times during my singing career. A few times with the Swingle Singers, and more recently with the Monteverdi Choir and alongside Synergy Vocals as guest soloists with various orchestras. I even did a performance of the Sinfonia in the Concertgebouw with the composer Luciano Berio conducting – always an exciting and nerve racking prospect, as his tempos were unpredictable and usually very fast. 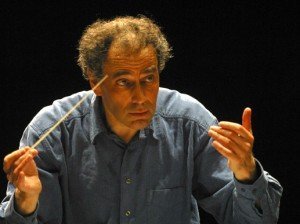 Our conductor for these performances was the Dutch conductor Ed Spanjaard and during our first rehearsal with the whole orchestra, we found he was not only very amiable but also clear and efficient. It’s such a difficult piece that clarity from the conductor is our one hope. The performances were to be recorded on four video cameras and streamed live on the Concertgebouw website for a week. This seems to be quite usual now and the musicians don’t get paid any more for the privilege. It does mean that people all over the world can enjoy the concerts of these great orchestras although I’m not sure the sound quality will ever match up to sitting in the beautiful and historic Concertgebouw and feeling the thrill of the orchestra playing at full tilt. 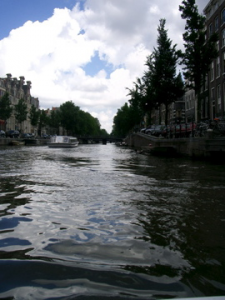 We had a great time – Amsterdam is one of my favorite cities. Everybody is so friendly and most people speak excellent English. I think it’s because they have many foreign TV channels including BBC1 and 2. They also use subtitles instead of dubbing foreign films. From an early age, children see the translation and hear the foreign language being spoken. Of course, bicycles are the most common form of transport along with the clean and efficient trams. I love to wander round the canals and streets of beautiful, historic buildings – everything seems very close, more like a village then a city. 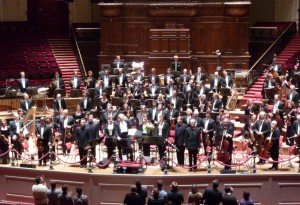 The concerts went well and there was a standing ovation both nights. I flew home to Gatwick on the Saturday without much delay and had a few days to draw breath before the final round of concerts before Christmas. There was a very enjoyable day of recording with Brighton based guitar player Paul Richards and then a gig at Arundel Jazz Club with the house band. (The legendary Terry Seabrook on piano, my partner in jazz crime Steve Thompson on bass and Austrian born drummer Alex Eberhard).

The day after Arundel, I was due to rehearse for a concert in Madrid of the Bach Magnificat with the Academy of Ancient Music. I’d auditioned for them in January and this was the first time I was to join their choir. As the weekend grew closer the weather forecast was threatening us with the return of snow. On the afternoon of Arundel Jazz Club I looked out of the window to my horror that the snow was starting to fall. Within quarter of an hour there was quite a deep covering. I rang Steve to see if we should cancel and he told me that it was clear to the west of Brighton, so I loaded up the car with blankets, water and my PA (speakers, amp and stands) and tentatively set off. By the time I got to Shoreham there was no snow at all but if you looked towards the hills of the South Downs you could see the ground was white. I was worried that it would snow during the gig and I would get stuck on the way back climbing up the icy hills outside Arundel.

I telephoned a colleague in London and arranged to stay up at her flat between rehearsals and flying to Madrid. I didn’t want a repeat of the previous weeks travel nightmares.

The gig went well with an enthusiastic but smaller than usual audience in Arundel – the weather warnings on the radio meant sensible people had stayed home. The train to London the next day was delayed but did manage to go. During the rehearsal the snow fell steadily and heavily. My soprano friend Katie and I trekked through the snow to fit in a recording session at Angel studios after the rehearsal – The fixer was most grateful as she’d had to replace singers at the last minute because they lived out of town and all rural trains had stopped by now. We were two singers short but she divided the music between us and we got it all recorded.

It wasn’t looking good for getting to Madrid for our concert. We had one more day of rehearsals which went ahead. Even if Madrid didn’t happen, we had a concert at Cadogan Hall in London the following weekend. The Tour Manager said our flight was still scheduled to go but we were getting texts and Facebook updates from singing colleagues already in Spain who couldn’t get back to the UK. It seemed madness to fly a new group of singers there!

By the evening the stranded singers were still stuck – some had got impatient waiting at Madrid airport and caught a train across Spain and France to try and catch the now completely packed Eurostar. Some other musicians we knew had been sitting in Heathrow for a whole day waiting for flights. We went home to my friend’s flat and, as far as we knew, we would head for the airport at 6am – I was worried that even if we made it to Madrid we probably wouldn’t get home in time for Christmas – mind you, tapas and Rioja didn’t seem such a bad option. However, the Ash Cloud incident, when I was stranded in New York earlier in the year, had taught me that it wasn’t just a case of an extended holiday but an expensive, enforced stay, which stopped you working.

Most of all, I didn’t want to spend two days in a packed airport with hundreds of other miserable travellers. It was somewhat of a relief that we received a text from the tour manager at 2am telling us that our flight had been cancelled and we shouldn’t go to the airport. We would NOT be going to Madrid. The poor man had obviously had a sleepless night checking the BA website.

So I headed off home to Brighton – On the way, I got a text from my friend Steven Brown (the Sound Designer at the Manchester Royal Exchange Theatre) who couldn’t get back to Manchester on the train. The snow was much worse in the north of England. As he had an unexpected extra day in Brighton, I dropped off my bag off at home and headed out for an impromptu Christmas party! 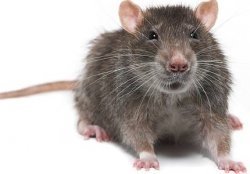 This week I return to Tenerife for a concert. Remember that I love to read your comments so …